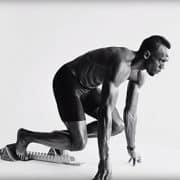 Irrespective of whether you were for staying or leaving, the one thing that I heard people asking for time and time again, were facts.
They just wanted to be able to make an informed decision.
Not one based upon embellishment, but simple, easy to understand details.

However, politicians and their agencies (although I suspect they were just following orders) failed to deliver these.
The result?
Consumers made a judgement call.
Not because they wanted to, but because they had to.
They simply wanted to be involved.

The trouble is, this sort of marketing arrogance is starting to become commonplace.
All too often I see campaigns that tell you nothing, yet rely on hyperbole to convince.

Take the latest round of Virgin Media ads using yet again, Usain Bolt.
These dramatise 9.58 seconds, the time it took him to run 100m.
Now it’s a lovely piece of work.
Beautifully shot, written and directed, but it what’s it got to do with Virgin Media?
How does this convince me that they’ve got the service, the products and the support that I’m looking for?

The answer is it doesn’t.

Because the client’s decided that’s not the story they want to tell.
Irrespective of whether or not it’s something customers, or potential customers want to hear.
They’re telling it.

They carried on telling everyone the messages they wanted to tell, irrespective of whether people wanted to hear these or not.

And that’s the point.

Far too many clients and agencies are telling, rather than listening.
If you listen, truly listen, then you get to hear what people want to know.
And then you can tell them something relevant.
And then you start to make connections.

Image taken from the latest Virgin Media commercial by BBH.